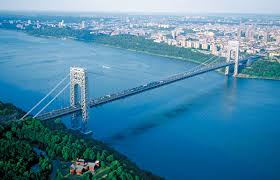 One of the first tasks of a matrimonial attorney working with divorcing clients is to catalog all assets and debts in joint name or the name of either party alone, and to classify those assets/debts as either marital or separate property.  Quite often a client reveals an asset held in joint name to which one or the other party contributed separate property funds.  For example, the purchase of the marital residence may have been funded, in part, using pre-marital (separate) funds from one party for the down payment.  If we are advising clients based in New York, that advice would likely include the premise that the separate property contribution will be returned to the contributing party “off the top” prior to a division of any marital portion.  Thus if a residence held in joint name has total equity valued at $500,000 and was purchased using $100,000 of the Wife’s separate funds, the $100,000 is returned to the Wife and then each party will be allocated $200,000 of the remaining equity (assuming a 50-50 division of all assets/debts, and ignoring closing costs for this example).

You might ask: What if this is just really unfair?  The answer is: New Jersey (like New York) is an equitable distribution state.  Equitable does not have to mean equal.  If the spouse who contributed the separate property can argue that it is more equitable for the separate contribution to be returned to him or her (in whole or part), the Court might agree.  In our example, suppose the marriage ended before the parties ever lived in the house; or suppose the marriage lasted only six months following the purchase of the house using the wife’s separate property.  In such case, the equitable thing for the Court to do may be to give back to the contributing party, the wife, her entire separate property contribution.

To read our next article discussing the The Mediation Di-Stress Curve: Showing the Tension between Decision making and the Stress To Get There, click here.

To read an article on Meeting Faces on Screens vs. Masks In-Person?, click here.